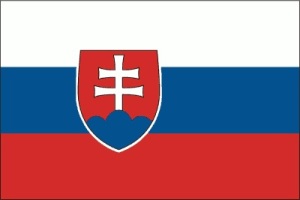 Mr. Joseph J. "Mr. B." Blizman, 61, a resident of the North End section of Wilkes-Barre, passed into Eternal Life unexpectedly Sunday as a result of injuries sustained in a motor vehicle accident while riding his beloved scooter on a springtime ride of the region.

Born March 8, 1958 in Wilkes-Barre, he was the son of Mrs. Helen (Gdovin) Blizman, North Wilkes-Barre and the late Mr. John J. Blizman.

Educated in the city schools, he was a graduate of the former Sacred Heart of Jesus Slovak Parochial School in North Wilkes-Barre, and was a member of the 1976 graduating class of the former Bishop Hoban High School, Wilkes-Barre.  Joe furthered his education by attaining a Bachelor of Science degree in Psychology and Philosophy from Wilkes College.  He then earned his certificate in teaching from Wilkes the following year.

Until the consolidation of schools by the Diocese of Scranton, "Mr. B." as he was known to his many students, worked as an educator at his alma mater, the former Sacred Heart of Jesus Slovak Parochial School, teaching science and priding himself in preparing his eighth grade students in their Catholic catechism. He later taught at several other parochial schools in the Diocese.

In his youth, Joe was an avid accordion player and played with several Polka bands throughout the area.

He and his wife, the former Edith M. "Edy" Conley recently celebrated thirty-six years of married life together on June 4th.

Left to cherish his memory, his unique sense of humor, and his outgoing and loving ways, in addition to his mother, Helen, and his wife, Edy, at home are the couple's daughters, Angela M. Blizman, her partner Matthew Mokan and Allyson J. Fry along with her husband Wesley, Sister, Miss Mary C. Blizman, several loving relatives, dear friends, and countless former students.

Funeral services for Joe will be conducted on Saturday at 10:00 a.m. in the parish of Saint Andre Bessette, 668 North Main Street, Wilkes-Barre.  The Reverend Andrew S. Hvozdovic, pastor of Epiphany Parish, Sayre and personal family friend will serve as celebrant and homilist.  Inurnment with the Rite of Committal will follow in Sacred Heart of Jesus Roman Catholic Cemetery of Saint Andre Bessette Parish, Dorchester Drive, Dallas.

Relatives and friends may join the Blizman family for visitation and shared remembrances Friday evening from 5:00 until 7:00 p.m. at the North Wilkes-Barre location of the John V. Morris Family Funeral Homes Inc., 625 North Main Street, and directly at church Saturday from 9:30 a.m. until the time of his funeral Mass.

In lieu of floral tributes, Joe's family would be humbled if those wishing to contribute a monetary donation in his memory, kindly give consideration to the Medical Oncology Associates Prescription Assistance Program, 382 Pierce Street, Kingston, PA 18704.

To send flowers to the family or plant a tree in memory of Joseph J. Blizman, please visit our floral store.