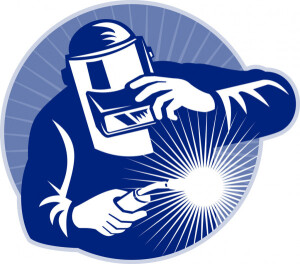 Born on Sunday, September 15, 1946 in Hanover Township, he was one of six children to the late Sebastian and Mary (Koveleski) Vitale.  Educated in the Hanover schools, he was a member of the 1965 graduating class of the former Hanover Memorial High School.

Following his formal education, Mr. Vitale proudly served our country with the United States Navy during the Viet Nam War aboard the U.S.S. Fulton.  Upon his honorable discharge from military duties on July 17, 1967, he later furthered his education toward his vocation by becoming a certified welder.

Until his retirement, Mr. Vitale was employed by the former Morreale Mid City Service on 8th Street in Wyoming as an automobile frame welder.  Pop also shared his knowledge and trade experience by becoming a welding instructor for the Welder Training and Testing Institute in Wilkes-Barre Township for several years.

He attended the Parish of Saint Robert Bellarmine, Saint Aloysius Church, Wilkes-Barre.  In his spare time, Bernard held membership in several bowling leagues at the former Stanton Lanes and was an avid outdoorsman who loved fishing and hunting.  He was also an avid collector of 8mm and 35mm film, owning several cinema quality motion picture projectors.  Above all, Bernard is remembered fondly for his love of family and friends who would lend a hand to anyone in need.

He will be greatly missed by his beloved family including his son, Bernard T. Vitale Jr. and his wife Michelle of Kingston; daughter, Lisa M. Vitale and her spouse Mark Domanski of Hunlock Creek;  Adoring grandchildren, Jessica Cecelon and her fiancée Bill Uren, Cody Cecelon and his companion Kelsey Crossin, Tyler Vitale and Madison Vitale and the apple of his eye, his great-grandson, Carter William Uren;  Brothers, Sebastian Vitale Jr. and his wife Jenny of Wilkes-Barre; Gerald Vitale and his wife Rita of Edwardsville; Phillip Vitale of Wilkes-Barre; Sisters, Julie Vitale of Wilkes-Barre; Gloria Vitale of Pittsburgh; His former spouse, LaVerne S. (Garey) Vitale-Ent of Pittston; Several nieces, nephews and dear friends.

Funeral services for Mr. Vitale will be conducted on Tuesday, August 10th, with his memorial funeral Mass at 10:00 a.m. in the Parish of Saint Andre Bessette, 668 North Main Street, Wilkes-Barre.  The Reverend Kenneth M. Seegar, pastor, will serve as celebrant and homilist.  Military honors will follow the conclusion of Mass by uniformed members of the United States Navy.     Interment will be held privately and at the convenience of the family.

Relatives and friends may join the Vitale family for visitation and shared remembrances directly at church from 9:30 a.m. until the time of Mass.

The John V. Morris Family Funeral Home Inc., 625 North Main Street, Wilkes-Barre, is honored to care for Mr. Vitale and his family at this time.

To send flowers to the family or plant a tree in memory of Bernard T. Vitale Sr., please visit our floral store.