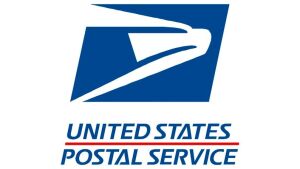 Mr. Charles J. Strobel, 89, a lifelong resident of Wilkes-Barre Township, passed into Eternal Life Friday evening as an intensive care patient of Geisinger Wyoming Valley Medical Center, following a recent and prolonged illness.
Born on Monday, November 7, 1932 in Wilkes-Barre Township, he was one of four children to the late Joseph C. and Anna (Krutulis) Strobel.  Educated in the Township schools, he was a 1950 graduate of the former Wilkes-Barre Township High School.  Mr. Strobel furthered his education by taking courses in electrical engineering from then Wilkes College in Wilkes-Barre.
On August 18, 1953, Mr. Strobel entered and proudly served our country with the United States Army during the Korean War; earning the rank of private first class upon the time of his honorable discharge from military duties on August 17, 1956.
He relocated to the Philadelphia area where he would gain employment with the United States Postal Service.  He worked here several years before being assigned to Bucks County.  In all, he served some thirty years prior to his retirement in 1995.
Socially, he held membership in the Wilkes-Barre Township Post #815 of the American Legion.
In his spare time and being a lover of the outdoors, Charles was an avid hunter and fisherman in his youth.
He was preceded in death by a brother, Dr. Joseph E. "Doc" Strobel, a well known Heights chiropractor on September 2, 2002 and more recently by his only sister, Miss Leona Strobel on November 7, 2019.
Left to cherish his memory are his son, Chuck Hamilton and his wife Christine of Pottsville; Daughter, Bridget Stine and her husband Scott of Branchdale; Grandchildren, Kyle and Kendra Hamilton; Garrett, Gavin and Abby Stine; Brother, Mr. Bernard Strobel and his wife Helen of Duryea; Nieces and Nephews including Joseph Jr., Donna, Ryan, Bernie and Carla along with several dear friends and neighbors.
Relatives and friends may join the Strobel family for visitation and shared remembrances Tuesday evening from 5:00 until 7:00 p.m. at the John V. Morris Family Funeral Home Inc., 625 North Main Street, Wilkes-Barre.  Interment will be held privately and at the convenience of the family.
The John V. Morris Family Funeral Home Inc. is honored to care for Mr. Strobel, a member of the greatest generation and his family at this time.

To send flowers to the family or plant a tree in memory of Charles J. Strobel, please visit our floral store.