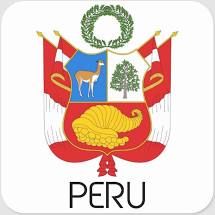 Born March 11, 1937 in Lima, Peru, he was a son to the late Luis and Amalia (Castaneda) Castillo.  He was educated in the Peruvian schools prior to his family's immigration to the United States, settling in New Jersey.  Mr. Castillo later furthered his education by taking college courses in New York City towards learning computers and later in New Jersey in the study of accounting.

Until his retirement in 1995, Mr. Castillo worked eight years as a warehouse forklift operator for the Minnesota Mining and Manufacturing Corporation, (3M) in Parsippany, New Jersey.  Prior to that, he worked for the Alaskan pipeline and in hotel and restaurant management in Alaska for several years.

In his spare time, Mr. Castillo was an avid and talented painter of oils and watercolors.  He is best remembered as being a loving devoted husband, father and grandfather to his family.  His presence will be forever missed by all those he touched in this life.

He and his wife, the former Linda J. Montanez, celebrated fifty-eight years of married life together on October 4 of last year.

Memorial funeral services for Mr. Castillo will be announced at a future date from the North Wilkes-Barre location of the John V. Morris Family Funeral Homes Inc., 625 North Main Street.

Interment will be private and at the convenience of the family.

To send flowers to the family or plant a tree in memory of Luis A. Castillo, please visit our floral store.

You can still show your support by sending flowers directly to the family, or by planting a memorial tree in the memory of Luis A. Castillo
Share a memory
© 2021 John V. Morris Family Funeral Homes, Inc.. All Rights Reserved. Funeral Home website by CFS & TA | Terms of Use | Privacy Policy