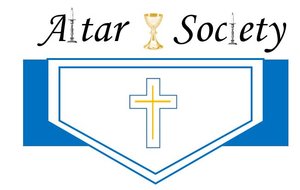 Born on Saturday, November 2, 1929 in Wilkes-Barre's North End, she was a daughter to the late Robert and Rose (Heylek) Mulraney.  Educated in the Catholic faith, she graduated from Sacred Heart Slovak Parochial School and later Saint Nicholas High School, both formerly of Wilkes-Barre.

She and her late husband Joseph were married on July 10, 1954, and moved to Manville, New Jersey shortly thereafter.  While in Manville, she was a member of Christ the King Roman Catholic Church where she sang in the church choir and was a member of the Altar and Rosary Society.  She was employed as a drafter for twenty years by Hoechst-Roussel Pharmaceuticals Inc. of Bridgewater, N.J. and held membership in the Somerset Valley Sweet Adeline’s Chorus in Somerville while also participating in a ladies barbershop quartet.

Following the couple's relocation to the Wyoming Valley, they settled on Conwell Street in South Wilkes-Barre.

Locally, Mrs. Bardar was previously active with the former Sacred Heart-Saint John's Parish Community of North Wilkes-Barre until its closure and merger into Saint Andre Bessette.  It was at Sacred Heart she served in the church choir; as an adult acolyte for funerals; held membership with the Altar and Rosary Society, the parish Renew group, Social Concerns Committee and assisted with annual parish festivals.

She and her husband Joseph volunteered at Wilkes-Barre General Hospital where they would also serve as Extraordinary Ministers of Holy Communion to many patients over the years.  In their spare time, the couple were avid Notre Dame football fans and attended several games over the years.

She was preceded in death by her beloved husband Joseph on October 22, 2004.  At the time of Mr. Bardar's passing, the couple shared fifty years of married life together. Also preceding her was her sister, Mrs. Rosemary A. Dupre on January 26, 2018.

Left to cherish the memory they keep of her are her children, Joseph M. Bardar and his wife Margaret of Quakertown; Miss Kathleen Bardar of Pinellas Park, Florida and Mrs. Joan Gajkowski and her husband Steven of Saylorsburg; Five grandchildren;  two great-grandsons;  Several nieces, nephews, former neighbors and dear friends.

Funeral services for Mrs. Bardar will be conducted on Friday with her funeral Mass at 11:00 a.m. in the Parish of Saint Andre Bessette, 668 North Main Street, Wilkes-Barre.  The Reverend Seth D. Wasnock, Administrator Pro tem, will serve as celebrant and homilist.

Interment will be next to her husband in Sacred Heart of Jesus Roman Catholic Cemetery of Saint Andre Bessette Parish, Dorchester Drive, Dallas.

Relatives and friends may join Mrs. Bardar's family for visitation and shared remembrances Friday morning directly at church from 10:00 a.m. until the time of Mass.

In lieu of floral tributes, Mrs. Bardar’s family would be honored if those wishing to make a monetary donation in their mother’s memory, kindly give consideration to Saint Jude Children’s  Research Hospital, 262 Danny Thomas Place, Memphis, TN 38105, or at www.stjude.org.

The John V. Morris Family Funeral Home Inc. of Wilkes-Barre is honored to care for our former neighbor and friend, Mrs. Bardar and her family at this time.

To send flowers to the family or plant a tree in memory of Ruth (Mulraney) Bardar, please visit our floral store.