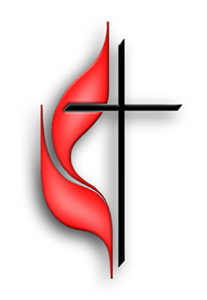 Born on Sunday, May 17, 1936 in Wilkes-Barre, he was son to the late Wilbert C. and Sylvia (Conway) Shorts.  Educated in the city schools, he was a 1954 graduate of the former James M. Coughlin High School, Wilkes-Barre.

In his youth, Mr. Shorts proudly served in the National Guard with the 109th field artillery, Wilkes-Barre.

Prior to his formal retirement two years ago at the age of 84, he was employed as caretaker of the Hollenback Cemetery on River Street, Wilkes-Barre for over twenty years.  Previously, he worked as a utility worker for more than thirty years with the Pennsylvania Gas and Water Company.

In his spare time and being a lover of the outdoors, Mr. Shorts was an avid gardener, hunter and fisherman.  He thoroughly enjoyed his hunting trips to the family's land in Bradford County.  He also enjoyed tending his annual gardens; even those of his neighbors over the years.  He will be missed by his hunting buddies and all those he touched in this life.  He is especially remembered for his hard work ethic; a trait he dutifully passed on to his children and their families.

He and his wife, Mary "Tootsie" (Rebarchak) Shorts recently celebrated sixty-four years of married life together two weeks ago.

Left to cherish his memory in addition to his beloved Mary at home are the couple's children, John "Jack" Shorts and his wife Molly of Harvey's Lake; Cathy Prosser of Buffalo, N.Y.; William Shorts; Thomas Shorts and his wife Irene, all of North Wilkes-Barre and Diane Carter and her husband James of Sweet Valley; Eighteen grandchildren; ten great-grandchildren; one great-great grandchild; Sister, Theodosia Brown of Florida; Several generations of nieces, nephews, former co-workers and dear friends.

Funeral services for Mr. Shorts will be held privately and at the convenience of his family with the Reverend Carol E. Coleman, pastor of Wyoming United Methodist Church officiating.  Interment will be in Sacred Heart of Jesus Cemetery of Saint Andre Bessette Parish, Dorchester Drive, Dallas.

In lieu of floral tributes, the family would be humbled if those wishing to make a monetary donation in their father's memory, kindly consider the Hollenback Cemetery Association, 540 North River Street, Wilkes-Barre, PA  18702 to aid in the purchase of lawn maintenance equipment.

The John V. Morris Family Funeral Home Inc., 625 North Main Street is honored to care for our neighbor, Mr. Shorts and his family at this time.

To send flowers to the family or plant a tree in memory of Wilbert J. Shorts, please visit our floral store.

You can still show your support by sending flowers directly to the family, or by planting a memorial tree in the memory of Wilbert J. Shorts